The mission of the Lawrence County Department of Public Safety is to mitigate the potential effects of various hazards and vulnerabilities that may impact the County.

Measures implemented which will preserve life and minimize damage to respond effectively to the needs of the citizens and local jurisdictions during emergencies.

The mission statement is to provide a recovery system to return the County and its communities to a normal status as soon as possible, by protecting from natural or man-made disasters, technological accidents and national security threats along with other disrupting incidents that may impact our area.

The Vision of the Lawrence County Department of Public Safety is to work collaboratively to build, sustain and improve the County. Services are created to prepare, protect against, respond to and recover from. Mitigate all hazards and to be progressive in all aspects which will provide for the highest levels of service to our residents and first responders. 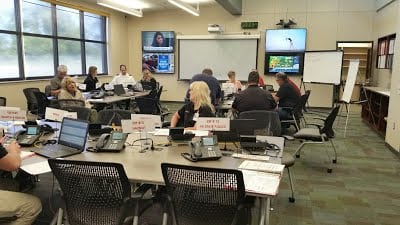 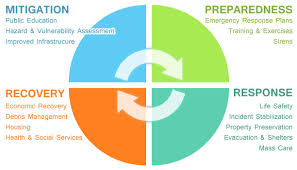 Our office maintains a comprehensive program addressing all of the phases of the emergency management process:

The Hazardous Material Emergency Planning and Response Act, Pennsylvania Act 1990-165, was promulgated in December 1990 and amended in February 2001. It implements the planning and preparedness requirements of Federal SARA Title III.  In order to comply with Act 165 as well as other Federal regulations, the Lawrence County Department of Public Safety coordinates readiness to hazardous materials incidents in Lawrence County through several measures: 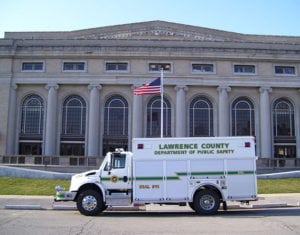 Our Pierce Mobile Command Post is used for various incidents that is utilized by Police, Fire and EMS. This truck includes radio communication, internet, computers, mapping and a small conference room. 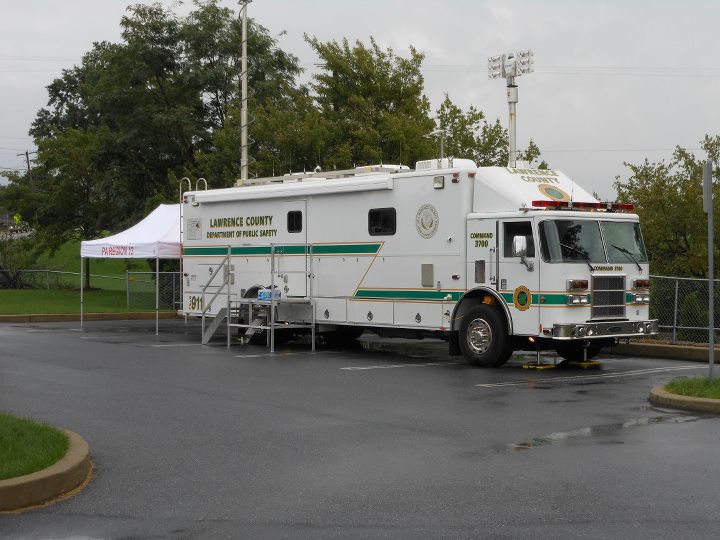